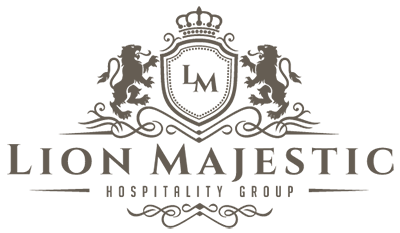 The Lyons family first left their mark on the hospitality industry with the opening of their first Cafe ‘Ash’s cafe’ in Rushcutters bay, Sydney. The success of the business was attributed to their ability to understand every component of the business in the ever increasing competitive Sydney cafe market. An opportunity arose two years after launching Ash’s Cafe to take over the tenancy next door. “Two Fat Chefs” was a pizza and pasta bar concept, and turned over high volumes of food. The businesses proved to be highly successful and soon the Family was in a position to the purchase and renovate both sites.

The year 2002 saw the purchase of the ‘Oxford Hotel’ in Bathurst. The Lyons family, after the success of the two previous businesses were now ready for a change of scenery. The family fell in love with Bathurst and saw it as a town with a rich history that would provide the perfect lifestyle that the family yearned for. The Oxford Hotel was an iconic piece of Bathurst’s’ history and whilst the hotel was in desperate need of renovation, they wanted to ensure the hotels historical integrity remained intact; this is shown by the full original pub still being visible with the original stained glass windows.

Ash and his family have created an award winning outlet that they believe will be a market leader for many years to come. ‘The Oxford Hotel’ Consists of The award winning ‘BTown BBQ’ which is situated on level one of the Hotel. The ground level consists of a large Beer garden, public bar and State of the Art Night club that hosts many well- known Djs’ on a weekly basis .Thousand of tourists visit Bathurst every year to enjoy Mount Panorama, with the hotel becoming a major part of their Bathurst experience.

The next natural step, after the hotel renovations were complete, was to add a bottle shop, “Cobb and Co Cellars” which is a major supporter of local wineries, something the group is very proud of.

Through finding a niche in the market for competitively priced and high quality catering, Piper Catering was established. Piper Catering is a Market leader, catering for such clients as Holden Australia, Audi International, Numerous High School Graduations, V8 Supercars and is currently the exclusive caterer for the Bathurst Memorial Entertainment Centre.

Whilst catering for the V8 Supercars Lion Majestic created a concept called Black Box Hire. Black Boxes are modified 10 & 20 Ft Containers which have the ability to serve 1000s of people at a given event. The most popular of uses for the Black Box, was the use of the Containers which were situated around the Mount Panorama circuit for the distribution of beverages which could be “locked and ready”  for the next day’s trade during the Bathurst 1000.

In 2009 it was time for the next venture, but to move to the future the family needed to recreate the past, by designing and opening Venue Cafe Bar. Venue’s popularity grows every day, offering contemporary food locally roasted coffee in a friendly, and a warm environment.

The Edinboro Castle hotel was purchased in 2011. The Eddy, as it is known, is one of the oldest hotels in town and is located in the heart of Bathurst. The Eddy boasts the largest Beer Garden in Bathurst. The family would like to re-develop this site in years to come.

This message is only visible to admins.